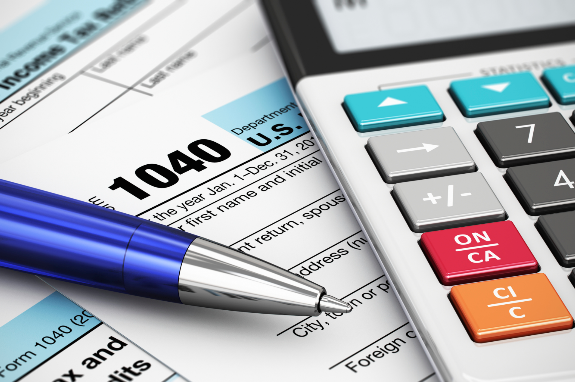 I introduced the discussion of the new tax law in my blog post dated January 16, 2018 by highlighting a couple of general articles about taxes on our website.  Our January Insight email gave updates on some of the major items of interest for tax year 2017.

Today let’s discuss some of the tax law changes for individual income tax returns contained in the new Tax Cuts and Jobs Act (H.R.1) that was signed into law on December 22, 2017.  Unless otherwise noted these changes took effect on January 1, 2018.

Personal exemptions of individuals and dependents has been suspended through December 31, 2025.

The Alternative Minimum Tax (AMT) with remain in effect through December 31, 2025 with increased exemptions of $109,400 for joint filers and $70,300 for single filers.

The Earned Income Credit will be continued.

Itemized deductions for state and local income taxes, as well as personal and real property taxes, are capped at $10,000 through December 31, 2025.  However, such deductions for carrying on a business would not be capped.

Charitable contributions of cash to public charities will have the adjusted gross income limitation for deductibility raised from 50 percent to 60 percent through December 31, 2025.

Medical expense deductions are preserved with a requirement that such unreimbursed expenses exceed 7.5 percent of adjusted gross income.  This applies for 2017 and 2018 only.

Moving expense deductions will be suspended through December 31, 2025 for all taxpayers except active duty members of the Armed Forces.

Limitations on itemized deductions (currently reduced up to 80 percent), due to higher levels of adjusted gross income, are suspended through December 31, 2025.

The Child Tax Credit, which is presently $1,000, will be increased to $2,000 and may be claimed for non-child dependents as well.

The Child Tax Credit is now available to a greater number of individuals, since it only begins to be phased out when the income exceeds $400,000 for joint filers and $200,000 for others.  All these will expire on December 31, 2025 and the credit will revert back to its current form at that time.

Other miscellaneous tax deductions subject to the 2% limitation that are suspended through December 31, 2025 under the new law include:

Section 529 plans may now distribute up to $10,000 in expenses for tuition incurred at a public, private or religious elementary or secondary school.  This does not expire in 2025.

Whew!  This is a good time to hit the “pause” button – that is a lot to digest.  I will return to the new tax act soon to discuss its provisions for investments, retirement plans, businesses, gifting, etc.