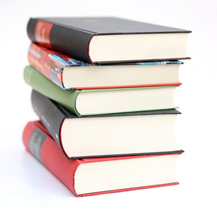 Last spring at a client event I recommended a book entitled, “The Accidental Superpower” by Peter Zeihan (written in 2014.) Mr. Zeihan is an international-geopolitical analyst.  I know of at least one client who took me up on my recommendation because a few weeks later, Dick walked in unannounced and returned a receipt to me that I had been using as a book mark when I read it.  Yes, Dick got the same copy of this book at the library that I had used.  I found the book so fascinating that I went out and bought a copy for my library.

The book begins with a description of the world state of affairs in July, 1944.  Delegates from 44 allied nations met at the Mount Washington Hotel in Bretton Woods, New Hampshire.  Their purpose was to hammer out the order of the post-war world.  Over three weeks, the delegates, “engaged in multilateral negotiations that were responsible for creating the World Bank, the International Monetary Fund, and the International Bank for Reconstruction and Development: the institutions that helped knit devastated Europe back together and that hammered out the foundations of the free-trade-dominated global economic system that endures to this day.

At least that is how history records it.

The banks and the fund – really, the negotiations themselves – were sideshows.  The attendees had arrived in Bretton Woods knowing that they had no real leverage to negotiate or bargain with the United States; they had mainly come to hear what White and the other Americans had to say. And what the Americans had to say shocked them all.”

From here, the author goes back in time, way back, to ancient Egypt to explain the factors like geography, climate, water supplies, deep-water port facilities, etc. that contribute to the development of powerful nation-states.  He ultimately leads us back to the Accidental Superpower – the United States and the inherent advantages it possesses in virtually all categories, unlike any other country.

At Bretton Woods, the assembled delegates expected the Americans, “to take a well-worn page from history and unveil the details of a Pax Americana: how the United States would fold all the far-flung European imperial holdings – up to and including the territories of the European states themselves – into a global American imperial system.  It was what the Soviets expected the Americans to do, and, given their pasts, likely what various European nations would have done had the roles been reversed.”  But what the Americans proposed astounded them – a 3-point plan that was, “nothing short of revolutionary.  They called it, ‘free trade’: access to the American market, protection for all shipping, and a strategic umbrella.”

At the end of World War II, America had a Navy with over 1,000 combat ships, larger than all major navies combined in 1939!  With the sole exception of the United Kingdom, other countries' navies were on the seabed.  In order to contain the Red Army, which was occupational in nature, American leaders reasoned that a Pax Americana would require an occupational Army larger than our wartime Army scattered in far-flung regions of the world.  What we needed were allies willing to help contain the Red Army.  “Specifically, it requires a hell of a bribe.”

“What the Americans came up with was one of the great strategic gambits in history.” – Bretton Woods

The historical portion of the book encompasses less than 100 pages.  In the balance, Mr. Zeihan focuses on the future.  He discusses demographic trends in many major countries, the rise of shale and its implications, the demise of the Soviet Union, international disorder, the North American drug war, China, terrorism, and other trends.  He artfully relates these with the factors that characterize powerful nations.

The author concludes with his vision of the world order in 2040 – a mere generation away.  Mr. Zeihan ends with this: “Simply put, the world is indeed going to hell, but Americans are going to sit this one out.”  He further states, “We think of this system as normal – it is not. We live in an artificial world on borrowed time.”

I found this book fascinating and a quick read.  His conclusions may not come to pass, but I think they are founded on solid principles.  After all, black swans can still happen.

Again, I highly recommend “The Accidental Superpower.”  I believe it is well worth your time as a possible glimpse into the future.