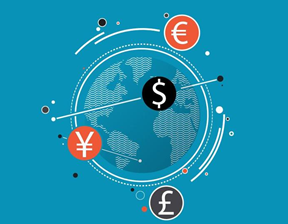 Putting the U.S. Economy Into Perspective

There are periods of time during the year when there is little economic news I see that I feel compelled to share here.  Often that is because the news is readily available through other forums or traditional news outlets.

At other times, like now, it seems there is some news worthy of your time on a consistent basis.  Maybe it is because government statistics for 2016 from the Internal Revenue Service, Bureau of Economic Analysis, Census Bureau, International Monetary Fund, etc. have been released and are being analyzed and promulgated.

In a previous blog post, I referred to the U.S. economy and its size.  Well, how large is it?  To help answer that question, please view the following chart that compares the GDP of the top 20 U.S. metropolitan areas to countries!  This chart, accompanied by maps and commentary, can be found on a Carpe Diem blog post dated September 21, 2017. 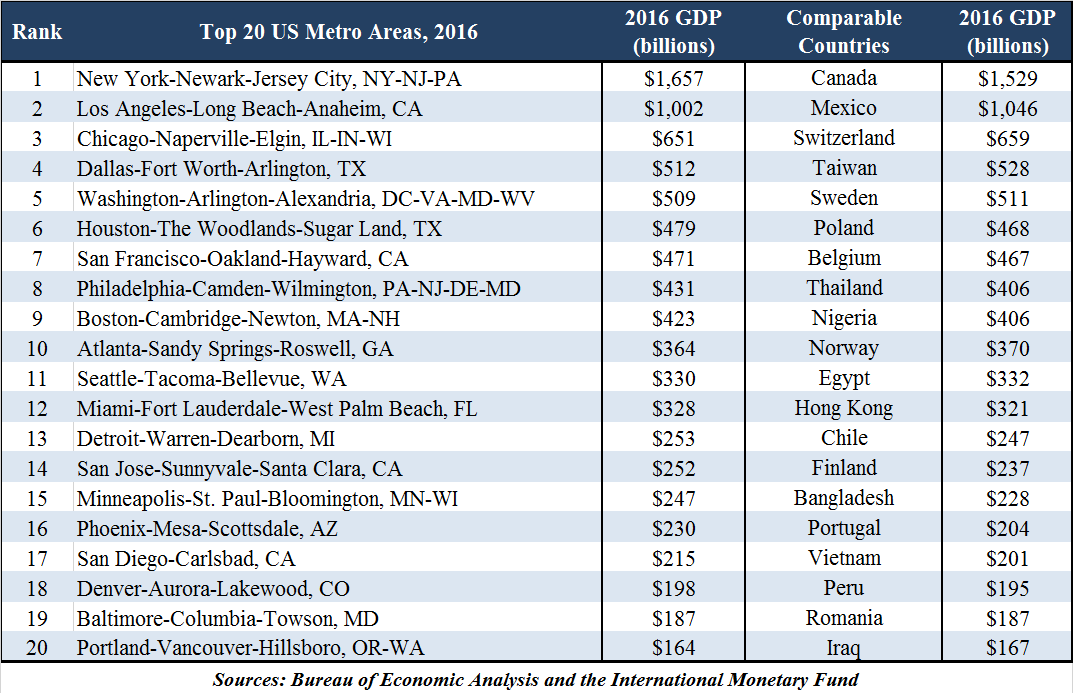 Another comparison that I find more enlightening is a post dated May 13, 2017.  This is a comparison of each of our 50 states to countries with similar Gross Domestic Product’s (GDP’s).  Here is the link: Putting America’s ridiculously large $18.6T economy into perspective by comparing US state GDPs to entire countries.

Of particular interest to me is Mr. Perry’s analysis of worker productivity.  For example, when discussing California, he states, “California has a labor force of about 19 million compared to the labor force in the UK of 33.7 million (World Bank data here). Amazingly, it required a labor force 77% larger (and nearly 14 million more people) in the UK to produce the same economic output last year as California! That’s a testament to the superior, world-class productivity of the American worker. Further, California as a separate country would have been the 6th largest economy in the world last year, ahead of France ($2.46 trillion) and India ($2.25 trillion) and just slightly behind the UK.”  He also has similar comments about other states like Texas and New York.  The productivity of the American worker is only exceeded by a few very small countries (think Luxembourg, Switzerland, etc.), handily exceeds that of our major trading partners, and absolutely dwarfs that of China!

This brings to mind something I read years ago about an American economist (was it Milton Friedman?) who was visiting a construction project in China.  He noted that the Chinese construction workers were using picks and shovels and inquired as to why they were not using large construction equipment like earth movers and bulldozers.  Being told that the reason was to provide jobs and keep them busy, he remarked, “Well, if that is the case, then give them spoons!”