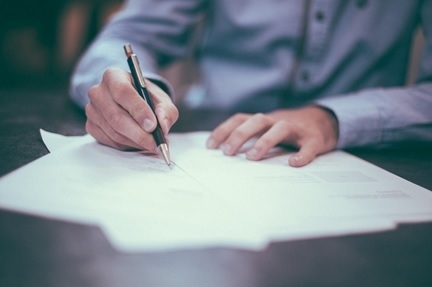 Everyone knows the story of Santa Claus.  Each Christmas Eve, he loads up his sleigh with goodies and toys for the children of the world.  But Santa isn’t the only one who delivers gifts from the skies; he has peers who deliver presents to places even he can’t reach.  No one sings songs or writes poems about them. Most people don’t even know who they are. But what they do every Christmas, for dozens of islands throughout the Pacific, is magical all the same.

I’m referring to the men and women of…

It was December, 1952.1  The tiny island had no electricity and no running water.  There was no airport or runway. Isolated from the outside world, it had recently been ravaged by a typhoon.  So, when the entire island began to tremble from the sound of a humongous airplane flying overhead, the inhabitants all rushed outside to look.

Then they saw the parachutes.

“There are toys coming down!” one boy shouted.2  He wasn’t far off.  While it wasn’t quite Santa in his sleigh, in truth it was something better: The U.S. Air Force.  The crates they dropped into the water contained much needed food and other supplies. Some adults swam out to collect their Christmas “gifts” while others watched the plane fly off.

So began a tradition that has continued for almost 70 years.

It wasn’t planned.  When the crew of a B-29 Superfortress took off from Guam that day, they thought it was just another training exercise.  But then they saw the islands. Despite their condition, the islanders waved cheerfully as the plane went by. So, the crew decided to spread an impromptu bit of Christmas cheer themselves.  They quickly gathered what supplies they had, placed them in a container with a parachute attached, and dropped their cargo into the sea.

Operation Christmas Drop, as it’s known, is still technically a training exercise.  But it’s likely the most rewarding one that Air Force pilots get to experience. From its humble beginnings, the annual Drop has grown to include over fifty islands spread across the region of Micronesia.  Most of these islands are so small and remote that Operation Christmas Drop may be their only opportunity to obtain new clothes, medicine, and other necessities for an entire year. Now, the Air Force works with various charities to raise money and donations for the drop.  Each year, tens of thousands of dollars’ worth of clothes, food, medicine, and yes, toys are delivered. One year, the Air Force dropped twenty-five boxes of IV fluids to help one island treat an outbreak of dengue fever.

It is both the oldest Department of Defense mission still in full operation and the longest-running humanitarian airlift in the world.1  For the Air Force, it’s valuable training for pilots who one day will drop supplies in countries like Afghanistan.  Many islanders who benefited from the annual drop have also gone to join the Air Force as well.

But Operation Christmas Drop is more than a mission.  According to the Air Force, it is never short of volunteers.  Many describe it as a “once-in-a-lifetime event” or even a highlight of their careers.2  It’s an opportunity to do a tremendous amount of good, an opportunity for each and every one to be Santa Claus in their own right – delivering cheer and goodwill to their fellow man every Christmas.

The older I get, the more stories like this remind me why I love Christmastime.  While it’s often lost in the hubbub of the season, this really is the time of year when people come together to help those around them.  While not all of us have the reach and resources of the Air Force, we all have a chance to play Santa to someone else – and the results can be life-changing, or lifesaving.

Our efforts may not be sung about.  They may go unnoticed, but they matter.   And, like Operation Christmas Drop, they can be magical all the same.

On behalf of the entire team at Petra Financial, I wish you a very Merry Christmas!