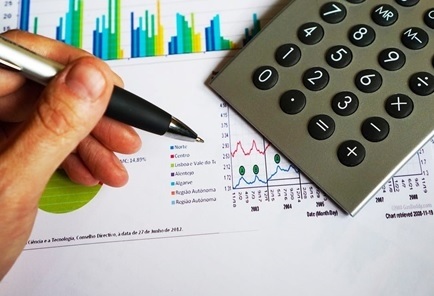 In my blog post dated December 19, 2017, we addressed the third of six roadblocks to creating a financial plan: Debt.  I wrote about how having self-discipline and a solid financial plan paves the road to successfully start paying off debt.  Here's the link to review the post: Don’t Let Debt Stop You.

The fourth roadblock to financial planning success with a professional is making inappropriate investments.  An investor’s biases can greatly affect their investment decisions.  Biases are human tendencies that lead us to follow a particular quasi-logical path, or form a certain perspective based on predetermined mental notions and beliefs.  Our biases may be cognitive as when we tend to act in a certain way or follow a rule of thumb.  Or, biases may be emotional as when we tend to act based on feeling rather than fact.  Avoiding their own biases allows investors to reach impartial decisions based solely on available data.  The following list of common behavioral biases which can affect your investment decisions and contribute to making inappropriate investment choices is sourced from: “8 Common Biases That Impact Investment Decisions” on Investopedia.com.

Regret Aversion Bias: Also known as loss aversion, regret aversion describes wanting to avoid the feeling of regret experienced after making a choice with a negative outcome. Investors who are influenced by anticipated regret take less risk because it lessens the potential for poor outcomes. Regret aversion can explain an investor's reluctance to sell losing investments to avoid confronting the fact that they have made poor decisions.

Disposition Effect Bias: This refers to a tendency to label investments as winners or losers. Disposition effect bias can lead an investor to hang onto an investment that no longer has any upside or sell a winning investment too early to make up for previous losses. This is harmful because it can increase capital gains taxes and can reduce returns even before taxes.

Hindsight Bias: Another common perception bias is hindsight bias, which leads aninvestor to believe after the fact that the onset of a past event was predictable and completely obvious whereas, in fact, the event could not have been reasonably predicted.

Familiarity Bias:  This occurs when investors have a preference for familiar or well-known investments despite the seemingly obvious gains from diversification. The investor may feel anxiety when diversifying investments between well-known domestic securities and lesser known international securities, as well as between both familiar and unfamiliar stocks and bonds that are outside of his or her comfort zone. This can lead to suboptimal portfolios with a greater a risk of losses.

Trend-chasing Bias: Investors often chase past performance in the mistaken belief that historical returns predict future investment performance. This tendency is complicated by the fact that some product issuers may increase advertising when past performance is high to attract new investors. Research demonstrates, however, that investors do not benefit because performance usually fails to persist in the future.

Worry: The act of worrying is a natural — and common — human emotion. Worry evokes memories and creates visions of possible future scenarios that alter an investor’s judgment about personal finances. Anxiety about an investment increases its perceived risk and lowers the level of risk tolerance. To avoid this bias, investors should match their level of risk tolerance with an appropriate asset allocation strategy.

By understanding the common behavioral mistakes investors make, a quality financial planner will aim to help clients take the emotion out of investing by creating a tactical, strategic investment plan customized to the individual.